Sa 29.3. 14:00 Oranienplatz: Enough is enough! Against discrimination of LGBTs in Uganda & Nigeria 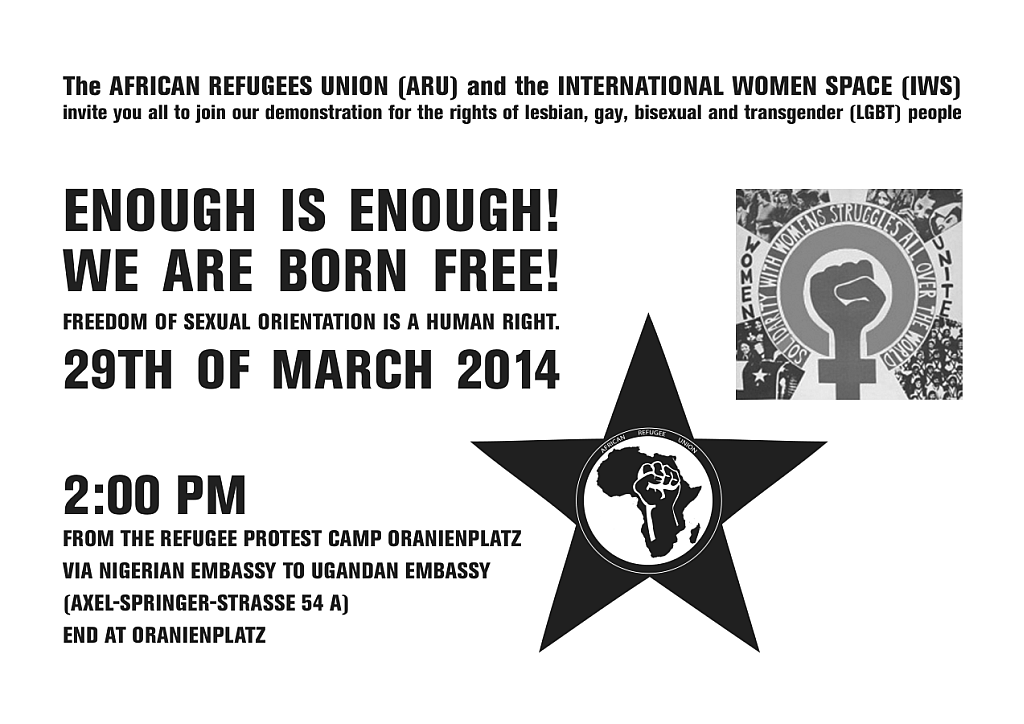 LET US PROTEST TOGETHER AGAINST THE DISCRIMINATION OF LGBTs AT THE UGANDAN AND NIGERIAN EMBASSIES IN BERLIN!

The Presidents of Uganda and Nigeria Museveni and Goodluck just signed new bills criminalizing homose-xuality. This law, which is based on a anti-homosexuality law from the colonial-era, institutionalizes discrimination and violence in society by inciting harassment and brutal actions against LGBT people in the country. It neglects their rights and freedom. If a person is caught or reported as gay, lesbian, bisexual or transgender, the punishment is life imprisonment.

Like wise in some parts of northern Nigeria gays and lesbians can be legally stoned to death. Furthermore a person refusing to report or to give information about someone suspected to be gay, or even trying to defend such a person, can be prosecuted. The bill aims to intimidate any political or personal solidarity, any liberal thought about sexual orientation.

As a direct life-threating result, the day after the signing of the bill in Uganda the newspaper ‚Red Pepper‘ published a list of 200 supposedly gay persons. This campaign that included exposing pictures already led to numerous suicides of people.

We are hereby condemning the passing and signing of this anti-gay bill and want to show our strong solidarity with our brothers and sisters that are effected of homophobic hatred in Uganda, Nigeria and elsewhere worldwide. We demand the right to asylum and the right to stay for all refugees.

We are both Refugees and non Refugees.
Its all about solidarity.
Together we can fight.
Unity, Self-determination, Courage and Strength. 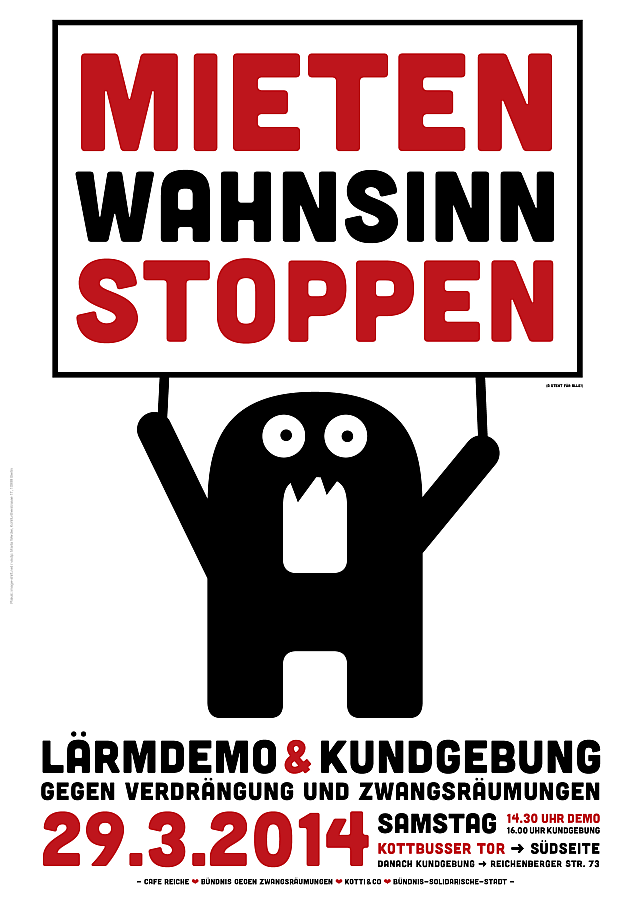